All at Sea
IC37 One Design proves itself as an IRC contender
Thursday, 15 August 2019

IC37 One Design proves itself as an IRC contender

Having received its first formal commitment from a UK owner last week and with four more potential owners in the immediate running, the UK IC37 class is building a serious foundation.

This week the first UK boat is competing at Cowes Week in IRC 1. It is up against some stiff competition from a variety of designs, but two races down the IC37 has two wins under its belt, proving that this is a machine for all owners.

This week is being campaigned by Russell Peters and his family and having rested ashore on the Sunday due to 30kt rain squalls, Monday was the UK IC37’s first ever IRC race. The light conditions coming off the shore with rain and multiple fronts rolling down the Solent proved hard work for all competitors.

A solid start whilst staying in phase with the breeze helped the team on its way. However, it was the downwind legs where the boat’s hull form and sail area could be utilized to really pull away, ending with a comfortable win by two minutes on corrected time.

Day two for the IC37 was a different story with a westerly breeze and a true windward leeward race course with a strong west going tide.

The UK IC37 team on “Kanreki” stayed in the hunt upwind, knowing that its time would come when going downhill and that is exactly how it played out. Although giving away some 8ft of waterline length to its competitors, the boat’s performance downhill was unquestionable and it clawed back lost time in abundance, taking the win by over three minutes on corrected time.

Sam Pearson who is spearheading the UK fleet comments: “Although it was never our intention to focus on IRC when launching this new One Design circuit for the UK, we always knew we had to keep it in the back of our minds.

It was our opinion that if we wanted to see One Design really flourish and perhaps hit 20+ boats, the design simply had to appeal to a wider audience, which is how other OD classes have been caught out in the past. As we have seen by these two wins straight off the bat, the IC37 is 100% the weapon of choice to relaunch big boat, One Design racing in the UK again. Based on the 30 odd conversations with potential owners, we are confident that 2020 is going to see the start of something really special.”

Inspections of the boats and test sails are available and build slots are already starting to fill up.

The post IC37 One Design proves itself as an IRC contender appeared first on All At Sea. 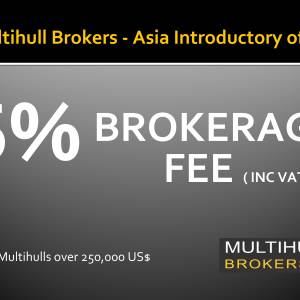