Protesting – The Ins And Outs In Brief 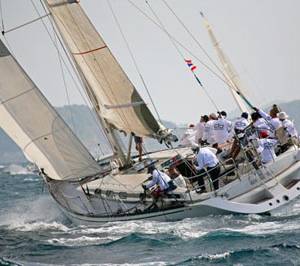 Regatta racing for some can be very competitive whilst for others it is a great day out on the water. However, everyone is bound by the same rules of racing and need to be aware of them and what to do if they are broken. Most people spend their racing lives never involved in a protest whilst others attract protests like moths to a flame, so what should you do if you want to protest?

First of all you need to have your protest flag to hand, on the water, showing it as soon as possible and shout “protest” if you feel aggrieved. The other boat can do two penalty turns (or as determined otherwise by the Sailing Instructions) and all is forgotten, or they can choose to race on and see if you protest after the race.

Many people do not bother to protest as they would rather be at the party than in a Jury room and for this reason have no idea what they need to do if they are called in to a protest. Whilst others are very practiced.

It is quite simple and here Mark Pryke, ISAF International Judge, who regularly sits on Juries in Thailand, offers his insights from a Jurors perspective:

- Jury members are all experienced sailors so be concise in your comments and do not fill in gaps, only say what you saw.
- Make a note of the wind direction and speed at the time of the protest, your direction and that of the other boats, how fast each boat was travelling and the distance involved in the protest.
- The jury will want to know more so let them ask questions.
- Don’t quote the rules as the Jury knows them, and have a rule book with you to check them. You may draw the Jury's attention to a case study if you think it is relevant.
- Don’t prep any witnesses as it can ruin your case, in fact often any witnesses can ruin your case as people seldom see the same thing, so you might be better without them.
- You will find that most Juries use little models to help them understand what happened so don’t be surprised when they introduce them, or be embarrassed to use them yourself.

The Jury would rather be in the party, as would you, so protest carefully as many protests can be resolved with a beer over the bar and a friendly handshake. 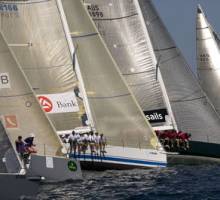